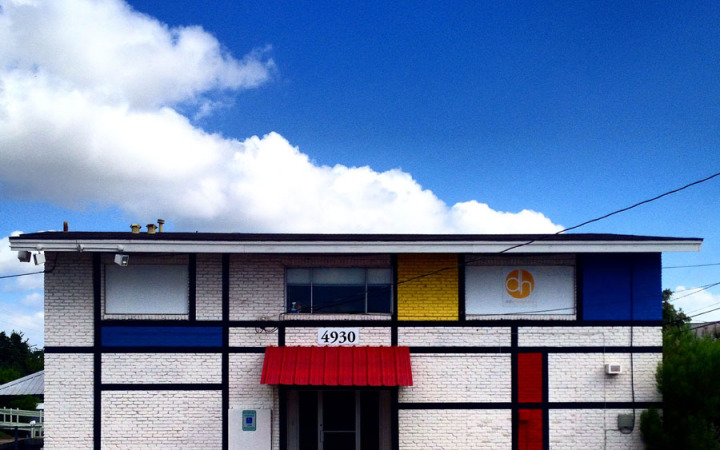 The hills of my city made side streets a gamble. Some streets finished suddenly in blunt dead ends, some in spectacular sunlit vistas. Even streets that looked promising could suddenly turn and disappear into a chain-link fence, leaving me with nothing to do but go back and start over from the beginning. I didn’t mind. Walking made me feel free and familiar with this city, this city where I had been living and working for two years but never really spent any time. Walking was slower than riding a bike or taking the train. It made me stop to notice things.

These days my time was a lot freer than it used to be, so I often walked where I needed to go. Losing your job will do that. Now I was working part-time, not really earning enough money, but at the same time enjoying the sensation of tightening my belt, trying to see just how little money was enough to get by.

Walking also made the days go by. It kept me out of the house, out of my own head, out of my loneliness, which was considerable. I tried various things to escape my loneliness. At one point, I signed up for an online dating website. My friends in New York all did it, and I was a bit curious about the whole thing. The idea kind of percolated through my head until one boring Saturday night, too rainy for a walk, I decided to make a profile.

I crossed the street, avoiding a man washing his car. Too cold to chance it. I looked up at the hill in front of me, the tops of trees on the other side beckoning. There could be a park over there. 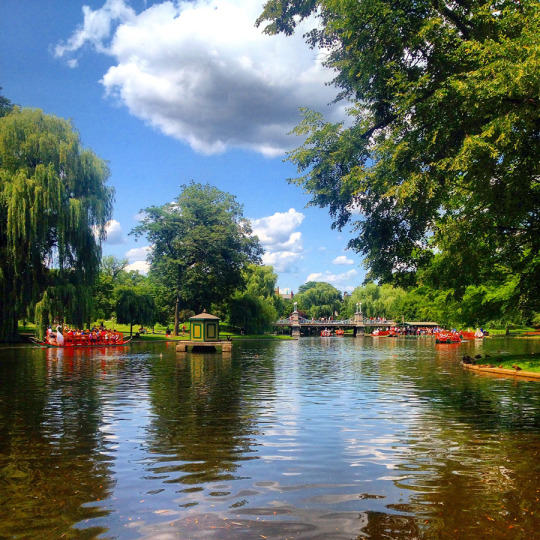 After a few days on the dating site, I began chatting to a girl named Emma. She was a few years older than me, a gainfully employed professional working at an internet startup. The hill in front of me teased me with just-visible treetops. Emma and I messaged back and forth for a while but never really got around to making plans. Over time the conversation sputtered, the inbox light went dark. I started up the hill.

I wondered what my friends would think about me dating a girl from the internet. Would they think I had given up on meeting people the real way? It was sort of vaguely embarrassing, like admitting that I had failed at doing things the normal way. The top of the hill revealed a cul-de-sac, treetops peeking out of yards from behind wooden fences. I reflected that in some ways, there were a lot of vaguely embarrassing things about my life right now. Lazy job, no real hobbies besides wandering around aimlessly. A dog barked. Could a relationship mean less because of the way it had started? Was that detail important? I turned around and began walking back down the hill.

The man was gone, his car the shining center of a wet black stain running down the hill. I had met my first real girlfriend at an art gallery, at an exhibition that was more of a drunken college party than a sophisticated cultural event. We exchanged uncoordinated small talk, and later kisses, over clear plastic glasses of cheap white wine and clumsy oil paintings. But the story sounded cool, sounded cultural, and I kind of enjoyed telling it when people asked how we met. The soapy water from the car wash had carried bits of trash and dry grass down the road. They ran and caught on one another, these miniature logjams arrayed at intervals down the hill.

Based on Franz Kline’s ‘Painting Number 2′

I turned a corner and the city unfolded in front of me. A surprise panorama, just like that. A simple, unassuming street that turns out to have a beautiful secret. The best meeting stories always sound like chance. Like something that could just as easily not have happened. I studied the view, taking a moment to decide which direction to head next. It didn’t really matter. People love to have serendipity in their love stories. Maybe that’s why I hadn’t really tried to date Emma. It was too planned. I continued on the same street, trusting that it wouldn’t let me down. At the bottom of the hill, what had appeared to be a sharp corner revealed itself to be a dead end. A high embankment, responsible the view. And in its side, a narrow staircase.

As I emerged from the staircase onto a long street, I saw her. I recognized Emma’s curly reddish brown hair, the soft curves of her body. She was walking a bike down the sidewalk in my direction, shorter than she had seemed in her photos. In a few moments, she would pass right by me.

Now, this would make a good meeting story. Almost thwarted by my hesitation, the magnetism of our attraction to one another couldn’t be dampened. All of a sudden, my electronic reluctance seemed vindicated, even righteous: this is how you meet people! In the real world, walking around here, not online, not in a computer simulation of human interaction. This is what counts, this cold, physical world, the breath of the wind, the cracked pavement beneath my feet. The embankment, the man washing his car, the wet trash in the gutter. I looked at her and bravely made eye contact, then shied away from the sudden intimacy a moment later. It felt like cruel fate. I looked back, but my eyes couldn’t find hers. I studied her face, her carefully-downcast eyes. She definitely didn’t recognize me. It was definitely her.

The moment passed, and she was behind me. I listened to the clicking of her bike as it receded down the sidewalk.◥

Conor O’Rourke is an American writer and editor living in Berlin. He likes rap music, bikes, and Mexican food. Visit his rarely-updated blog at conororourke.tumblr.com

Danielle Gasbarro is a creative advertising professional splitting time between Austin, TX and San Francisco, CA. After stealing one too many disposable cameras as a child, her parents finally acquiesced and bought her the real deal. Morals are still lacking. Follow her adventures on Instagram: @ph_t_s.

CAP Magazine is dedicated to providing an accessible platform for cultural criticism, creative writing, illustration, video, photography, and anything else made possible by the web.

We invite anyone, everyone to contribute to to each issue. Bring your thoughts, your talents, and your passion.